When buying a new keyboard for your computer, we usually pay attention to: the color, the number of buttons, the form, the presence of the backlight, etc. But in fact, the parameter is more important – by what principle the keyboard works. There are 2 types of keyboards (which are radically different from each other): membrane and mechanical. 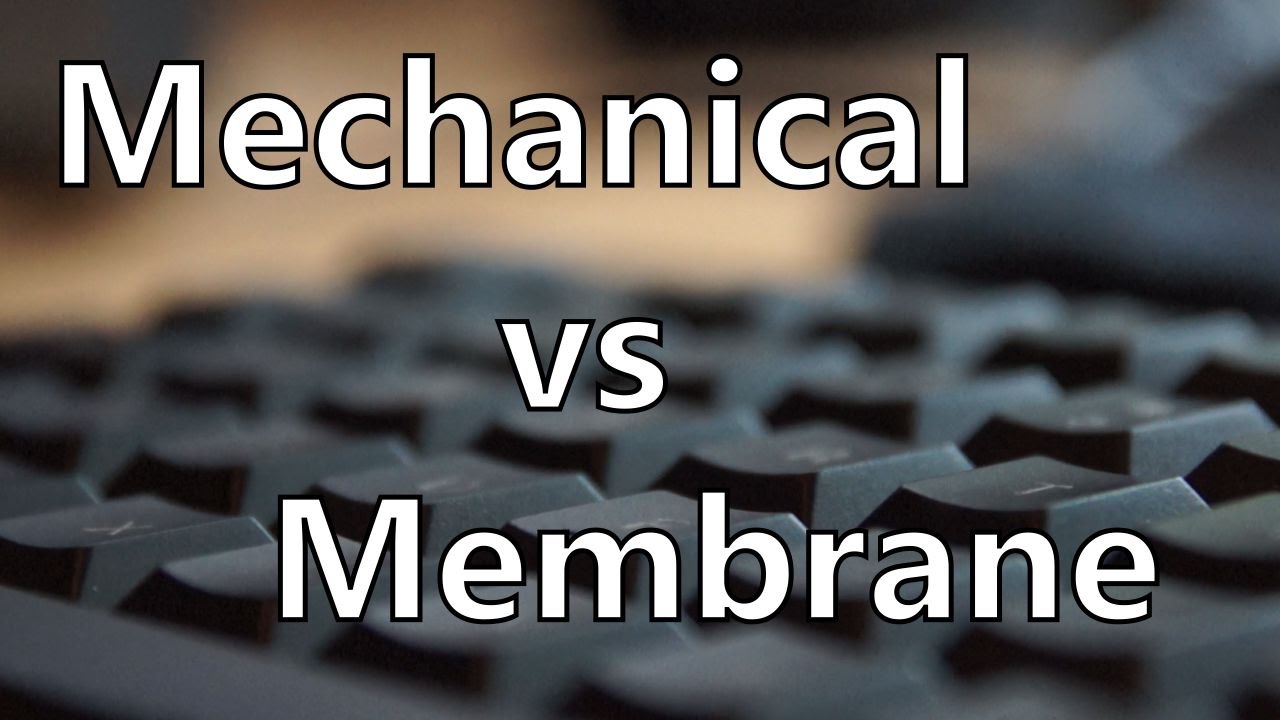 The principle of the membrane keyboard is that when the button is pressed, the membrane closes the contact on the board and the command is given to the computer. These are the keyboards that are the most common at the time and they are also the cheapest. The main differences between the membrane keyboard and the mechanical one are that its operating time is 3-4 times less than the mechanical one, and also it is necessary to press the key to the end to close the contact.

These are quite expensive keyboards (since each key is a separate mechanism), which are fundamentally different in their operating principle, from membrane ones. The principle of their action is that they are equipped with special open contacts, and have a clear tactile stroke (depends on the type of keyboard) that work, even before the key reaches the travel limiter. This gives a certain comfort when typing a lot of text and in games. And mechanical keyboards are more reliable and durable in comparison with their counterparts. Even with a very long use of this type of keyboard, you will have the same feelings when typing, that was when you just bought it.

Mechanical keypads, in turn, are divided into several types, depending on the principle by which the mechanism of the keys works.

Keyboards with this type of keys are considered one of the best for games. Even with a small amount of pressure, the key is already triggered.

They are not characterized by even pressing and clicking when the key is triggered. They are well suited for both games and typing.

They are characterized not by a uniform push, presence of a feedback and a click at operation. These types of keyboards are considered to be the best for typing. For games, they are also suitable, but for the next key press, it will have to be completely released.

It is characterized by a uniform tap and tactile connection and no clicks. The technology repeats the MX Black, but the pushing forces are noticeably lower. Such keyboards are very suitable for games, since only a small touch is enough to make the key work. But on the other hand – not very pleasant when typing – there is no feedback.

A relatively new development of the company Razer. It is characterized not by a uniform push, presence of a feedback and a click at operation. Such keys are balanced and well suited for games and typing.

They are not characterized by a uniform push, presence of a tactile connection and a click. The technology differs from the ones presented above – when pressed, the spring is compressed and at a certain moment the moment is bent to the side, which leads to the activation of the hammer that presses the membrane.

As you can see, there are several types of mechanical keyboards. But which one to buy is up to you, based on what you are going to use it for. But I can say for sure: with mechanical keyboards it is much more pleasant to work than with membrane keyboards, but their significant disadvantage is their cost, which may not be affordable for everyone.